This orphanage (registered with the government) is in Sierra Leone, West Africa.  Kadie, a volunteer, contacted us in March with concerns that we, too, found concerning. In March, a pair of twins, whose mother died, arrived at the orphanage. There are already 52 children who they are attending. Some of the orphans have a mother, but no father, or a father, but no mother and some are "total" orphans. Like in the case of a small baby that was recently left at the gate. The orphanage is suffering; they don't have money to pay workers (cook, house mothers.) They run a primary school there for the children, because they don't have money to send them to public schools, but they also don't have money to pay teachers.

We sent money for one month's food. Monthly support buys 2 bags of rice and some cooking ingredients. We have pledged to send money for food for one year. We also sent money for Kadie to travel to the orphanage. In the midst of other things, she is now doing the cooking also.

Five of the children need to go to secondary school, but they have no money for this either.

Do YOU feel compelled to help these children?  Get in contact with us, or simply donate to this concern. Thank you 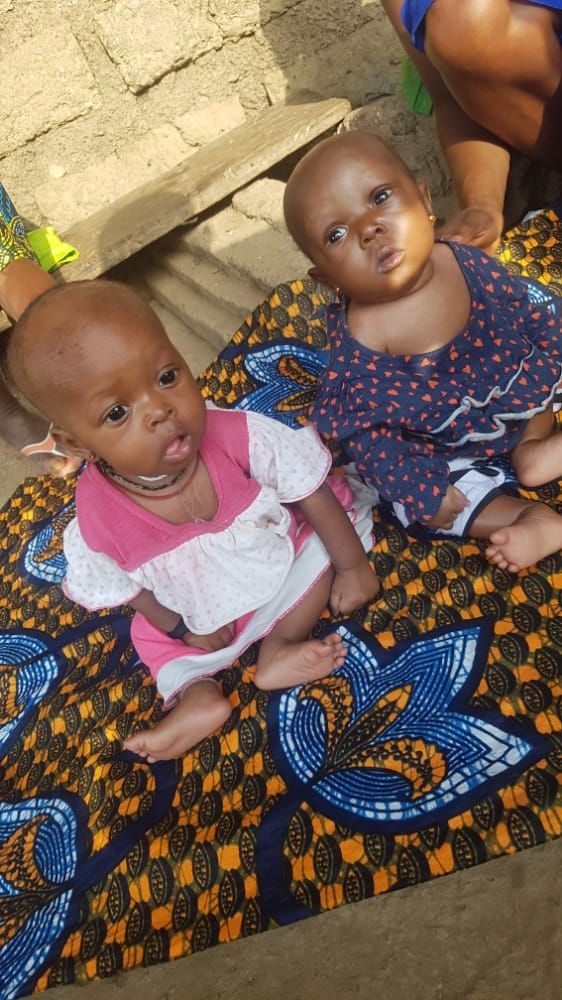 Sally lost her mother earlier this year. It has really been a hard loss for her. She has 2 sons. One son lives with her and helps out with household expenses. But he recently lost his job and has been out of work for some months. He just got another job and will be able to contribute to house  budget with his first check.

Our goal is to step in and fill the gap when we can, so that families can get that extra lift they need to resume their lives.

Steve is married and has 2 girls.  He had a job as a truck driver he had been working at for 4 years and was recently laid off.

He tried a couple of jobs since, but the hours were limited. He now works 3 or 4 days a week as he is waiting for his new job to begin where he will be fulltime.

He was getting behind in his car payments and he went to the lender and they agreed to take the 2 payments he was behind and add them to the end of the contract. But now his next payment was due August 23rd and he is beside himself. He is about to begin a new fulltime job, but can't find a way to meet that payment.

This next testimony comes from Atascadero. We will call her Catherine. In this southern California town we became aware of a woman who will be turning 70 in February. She has a tiny wage through Social Security that does not even cover her rent. To add to her meager wage she housesits and does animal sitting. Her main job was cleaning a B&B after guests vacated. (A few weekends here and there.) The B&B was closed down due to the pandemic. It reopened for a short time only to have a pipe break which flooded the downstairs. So, now there has been a couple of months with no guests; construction continues on the damaged home. Unfortunately, Catherine was left without her normal income … which was meager in the first place. When I spoke to her she had carefully saved her pence to pay her rent, water, and electricity; but she had no money for food. She wasn’t complaining. In fact, her words were, "We have the privilege of suffering, because it is then that we get to see the hand of God bring our relief."  She is a faith-filled woman. We sent her $100 to ease some of her need. But, honestly, she could use more. We share these stories in hopes of inspiring others to donate to this cause. If you would like to help us help, please donate using our physical address or the donation button. No amount is too small; every little bit helps! Thank you. 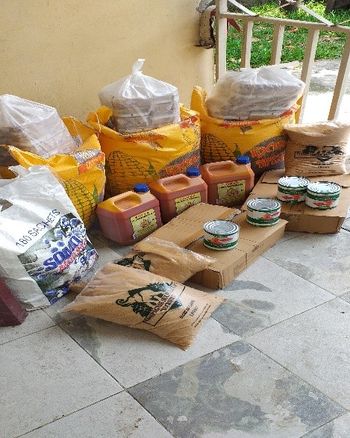 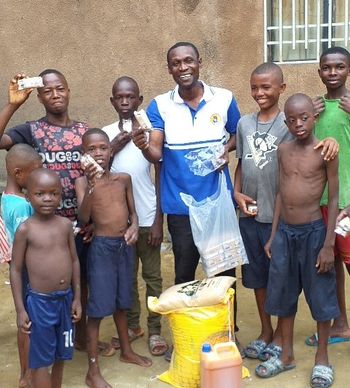 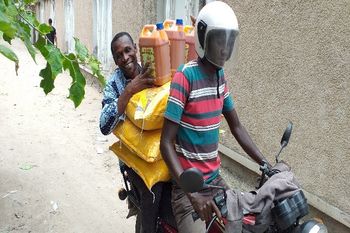 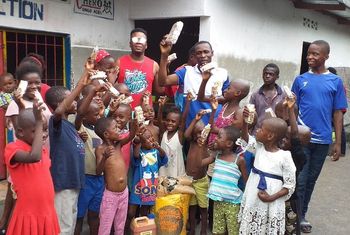 No Other Place was able to help 445 children! By providing food for the orphans and their caregivers, fifteen orphanages in the Democratic Republic of Congo received delivery of rice, cooking oil, sugar, canned tomatoes, biscuits and washing soap.